Skip to content
Home - What Is the Blasphemy Against the Holy Spirit? 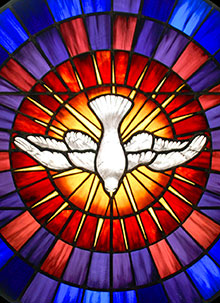 Q: What exactly is the blasphemy against the Holy Spirit which cannot be forgiven?

First we should look at the Bible references to the blasphemy against the Holy Spirit:

The word translated “blasphemy” is blasfemia, which means to villify and rave against someone–even to curse and defame them. Intense hatred of the target is implied, also. The word translated “forgive” is afiemi, which means to banish, leave behind, omit, remit. It implies separation from, cessation or reversal. So this means to hate and work or speak against something and for the slate not to ever be wiped clean or the penalty cancelled.

Karma not to be neutralized

In a nutshell: whoever actively and intentionally defames or denounces the action of the Holy Spirit will suffer the consequences, the negative karma–not that they will be damned forever, but that they will absolutely pay off the karmic debt they created by their negativity.

All other karma can be neutralized by positive words and deeds, but not that karma, for it is self-destruction.

How do we blaspheme the Holy Spirit? It is not doing or speaking evil of a saint or master, because Jesus says:

“Whosoever speaketh a word against the Son of man, it shall be forgiven him.”

Those who lied about Jesus and claimed he was demon-possessed, born of fornication, a liar and a fraud, and even those who engineered his death, could have that karma dissolved by future positive words and acts. The same is true of those who have injured and even killed saints and masters.

Now we should turn to the Aquarian Gospel where, as usual, Jesus’ words in the Bible are made clear and comprehensible in a spiritually sensible manner.

“If you sin against a son of man, you may be pardoned and your guilt be cleansed by acts of kindness and of love; but if you sin against the Holy Breath [Pneuma–Spirit] by disregarding her when she would open up the doors of life for you; by closing up the windows of the soul when she would pour the light of love into your hearts, and cleanse them with the fires of God; your guilt shall not be blotted out in this, nor in the life to come.

“An opportunity has gone to come no more, and you must wait until the ages roll again. Then will the Holy Breath again breathe on your fires of life, and fan them to a living flame. Then she will open up the doors again, and you may let her in to sup with you for evermore, or you may slight her once again, and then again” (105:32-38).

A willful rejection of Awakening

So we see that the basic “blasphemy” against the Holy Spirit is to ignore or actively turn against the inner awakening She seeks to bring about in us. It is not insulting and rejecting Her messengers, but our refusal to act according to what our now-evolving consciousness reveals to us is the truth about higher consciousness and its requisite: higher life.

People do this all time, not wanting to change their life to conform to the spiritual insight they have gained. I have watched this tragic drama unfold in the lives of people over and over again. They consider the “price” is too high for them to pay. This is the saddest thing anyone can witness.

Physical death is small compared to seeing a person condemn themselves to inner death and future suffering when the way to peace and freedom is disdained and considered not worth the trouble.

Not God’s choice, but ours

Sometimes the call from On High comes several times and is rejected, but mostly it comes only once and then the sentence is sealed. Please understand that this unhappy fate is not decreed by God/the Holy Spirit, but is the simple principle of karma. The magnitude of a situation determines the magnitude of the karma. And when the Holy Spirit Mother is involved, it is tremendous, indeed.

Yet, as Jesus says, in time She will awaken us again and we can choose again–wisely or foolishly. But it is usually a very long time before that “again” occurs. And I know of instances in which the habit of rejection manifested in many lives in succession. But it is always our choice.