Skip to content
Home - How Should the Yogi Think of God: Nirguna or Saguna? Part 1 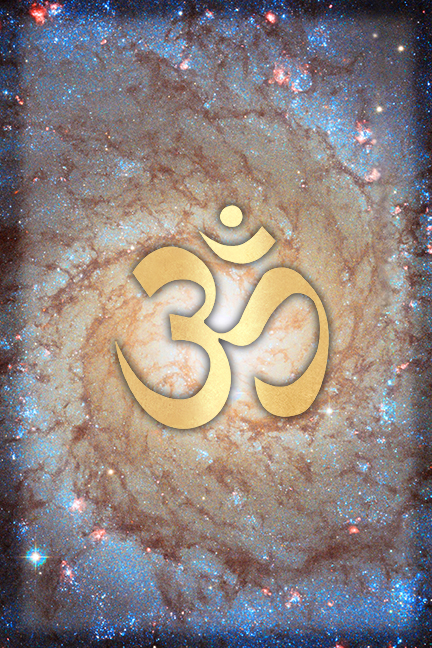 These two aspects are called Saguna (with qualities) and Nirguna (without qualities). The yogi knows that both are true, but the philosophers insist on holding to one and rejecting the other, or declaring one to be higher or more accurate than the other. Consequently Vyasa has this twelfth chapter open with these words from Arjuna:

“The constantly steadfast devotees who worship You with devotion, and those who worship the eternal unmanifest: which of these has the better knowledge of yoga?” (Bhagavad Gita 12:1)

Arjuna addresses Krishna as the Saguna Brahman, since he is communicating with Arjuna as a conditioned being.

“Those who are eternally steadfast, who worship Me, fixing their minds on Me, endowed with supreme faith: I consider them to be the most devoted to Me” (Bhagavad Gita 12:2).

This is extremely clear, at least as far as the traits of those who have a better grasp of yoga is concerned. But why is their grasp better?

Because they are able to focus their intention on a concept of the Divine that is not only within the scope of their intellect, it is a concept that inspires their seeking, for it is based on love which, as Swami Sri Yukteswar points out in The Holy Science, is in its essential nature a magnetic force that unites the seeker with the object of the seeking. The path of devotion (bhakti) is as pragmatic as the path of knowledge (jnana).

The path of the formless

“But those who honor the imperishable the indefinable, the unmanifest, the all-pervading and unthinkable [inconceivable], the unchanging, the immovable, the eternal…” (Bhagavad Gita 12:3).

None of these qualities are within the range of our experience–no, not even from eternity. So how can we begin to conceive of them? For example, in the West it is thought that “eternal” means that which is without end, but in reality it means that which has neither beginning nor end–that which is absolutely outside the realm of time, space, or relativity. Can we think the unthinkable? Can we conceive the inconceivable? Of course not–its very nature makes it impossible for us. So how, then, can Nirguna Brahman be approached, much less known? Krishna tells us.

“Controlling all the senses, even-minded on all sides, rejoicing in the welfare of all creatures, they also attain Me” (Bhagavad Gita 12:4).

The final clause is heartening, but consider what is required of those that really seek the Formless and Qualitiless Absolute.

Controlling all the senses.

Samniyamyendriyagramam means both subduing and controlling–that is, disciplining–the senses and powers of the body and mind (indriyas). Asceticism is the key trait of those that seek God, either saguna or nirguna.

But they do not consider themselves as being in any way self-denying. Just the opposite: they see their way of life as real freedom from the bondages so avidly sought and cherished by the world. They do not grin and bear it, they rejoice with thankful hearts that they have found the key to a wider and freer life.

In The Scent of Water, Elizabeth Goodge wrote about a medieval thief who reformed and became a hermit. He helped build a church and did all the woodcarving. At the back of church in an obscure place he carved his self-portrait showing himself wearing a crown of thorns. But the observant saw that there was a gap between the thorns and the surface of the carving, and when they put their fingers inside, by touch they could tell that beneath the crown of thorns he was really wearing a crown of roses. That was his secret. The world saw him as penitent and self-denying, but in reality he was crowned with joy.

Even-minded on all sides.

Sarvatra samabuddhaya means everywhere and at times to be even-minded, undisturbed by anything–neither repelled nor attracted, but ever centered in the unmoving, witnessing consciousness that is the Self.

Rejoicing in the welfare of all creatures.

Sarvabhutahite ratah means to be rejoicing in the welfare of all beings–not just human beings, but every living thing. It is very important that Krishna lists this trait, as jnanis are usually thought to be antiseptic, uncaring, and outright incompassionate people who are indifferent to the world and all that goes on in it. Rather, as Krishna has already said in the sixth chapter regarding the jnani:

“He who is steadfast in yoga sees the Self present in all beings, and all beings present in the Self. He sees the same [Self] at all times. He who sees Me everywhere, and sees all things in Me; I am not lost to him, and he is not lost to Me. That yogi who, established in oneness, honors Me as abiding in all beings, in whatever way he otherwise acts, dwells in Me. He who sees equality in everything in the image of his own Self, whether in pleasure or in pain, is considered to be a supreme yogi” (Bhagavad Gita 6:29-32).

What a marvelous, positive picture! I can tell you this is no abstract ideal, but a very accurate picture of a Brahman-knower, for I have seen it myself in the great yogis I met in India, especially Swami Sivananda of Rishikesh.

Every saint I met in India was lovingly intent on the welfare of others, devoting their life to the upliftment of those who came seeking refuge from the fire of this material and haywire world. They lived in tranquility as Krishna says, and true hearts were drawn to them as the bee to the fragrant flower. And they were always accessible. Their life–like that of God–was one of loving service to all.

This is indeed a beautiful image, yet Krishna goes on to say:

Next: How Should the Yogi Think of God? Part 2: The Way of Form (Saguna Brahman)